The April 15, 2016, Kumamoto city in Japan was hit by a magnitude 7, 3 earthquake making dozens dead and thousands injured. Kumamoto castle built in 1607 during the Edo period, which is one of the best castles in Japan, has also paid a heavy price for this earthquake shaking (even in 2008 a long restoration work had just been finished). Today, less than three weeks after the disaster, many castles throughout the country have set up fundraising boxes to repair the damage of this national cultural heritage :

My picture here of Kumamoto castle was taken in december 2015, now this wooden guard tower called Iidamaru Gokai Yagura could collapse at any moment, as significant gaps have been created in it by the seismic shocks, like in more than 20 places. 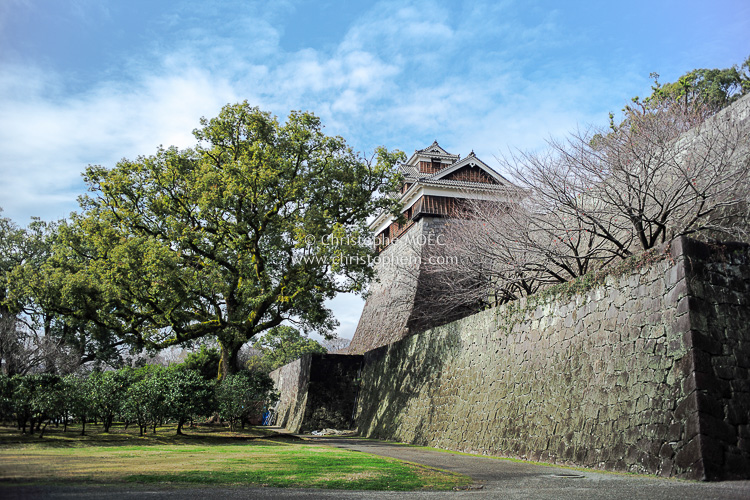