Myanmar: on the “peaceful” road to Tar Ping

Picture of one of the many Parng Yao mountain turns of Shan State (Myanmar), between Kengtung and Tar Ping, along the Mekong River close to China. The landscape is apparently peaceful, but foreign tourists are prohibited due to the conflicts between the Shan State Army and the armed forces Burmese government. I managed to pass a first roadblock to leave Kengtung, but on arriving in Tar Ping, after more than 50 kilometers of mountainous roads crossing almost nobody, suddently just after a u-turn I saw tanks and armored vehicles of Tatmadaw (the Myanmar Armed Forces) and I was forced to turn back without being able to go to Mongla where I wanted to go. 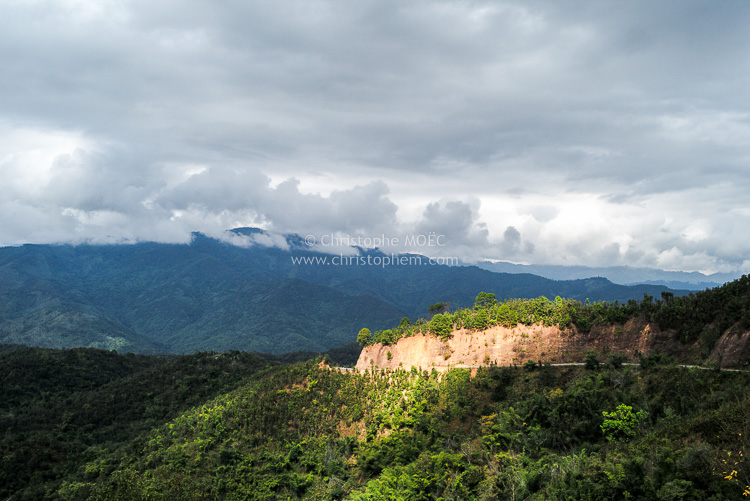