Photo report : Venezuela, from Punta de mata to Lima, chronicle of an exile 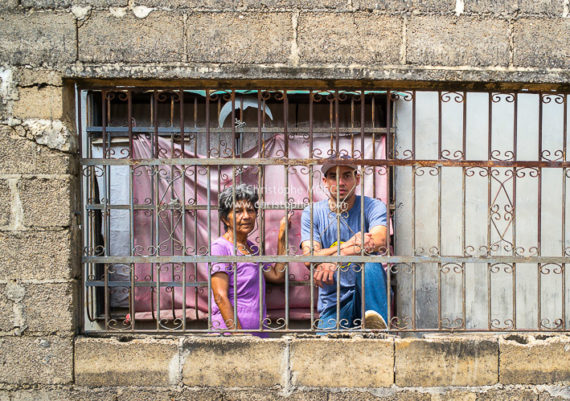 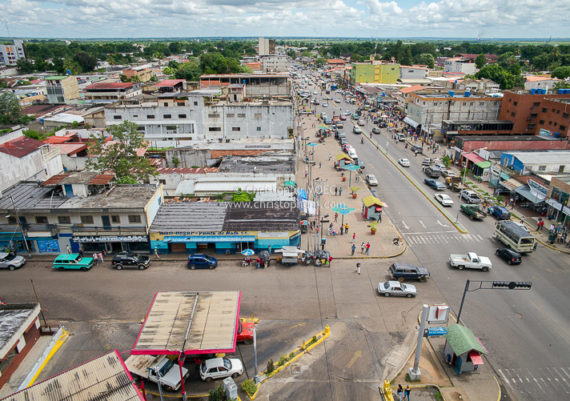 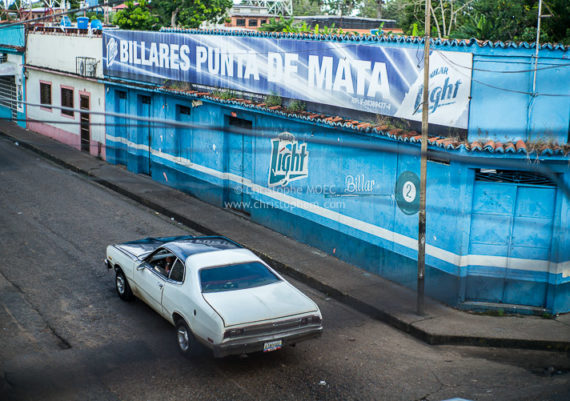 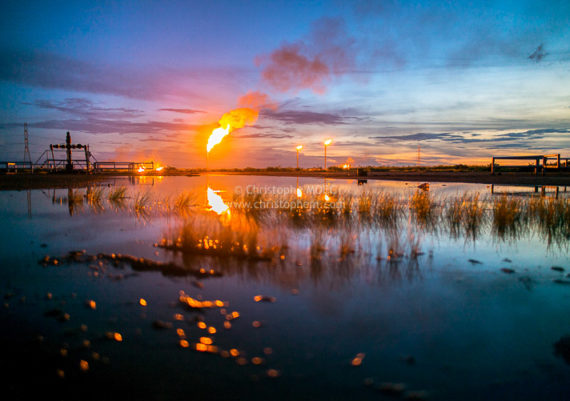 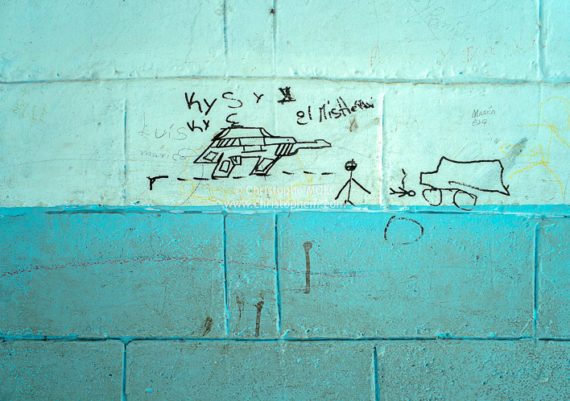 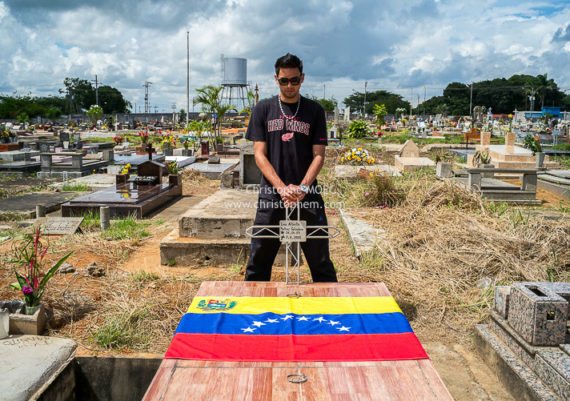 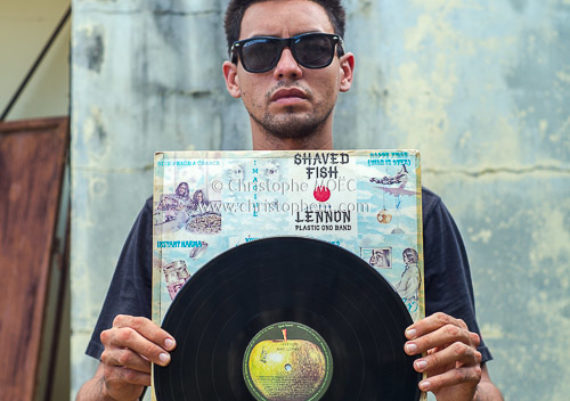 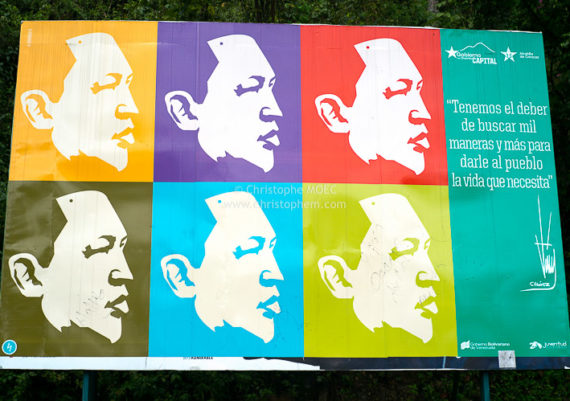 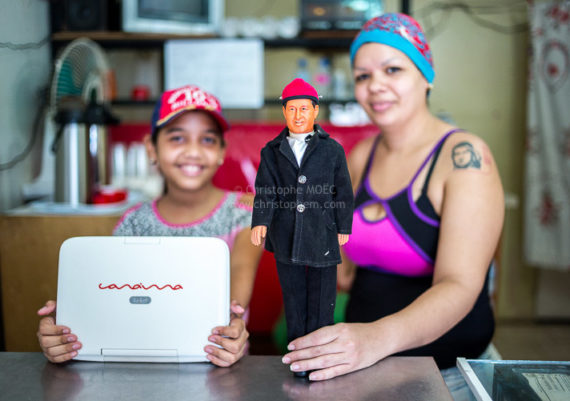 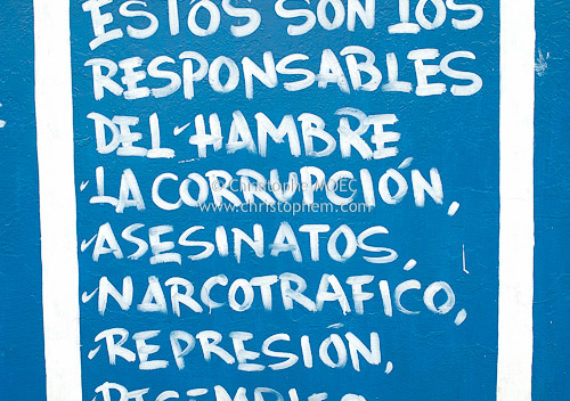 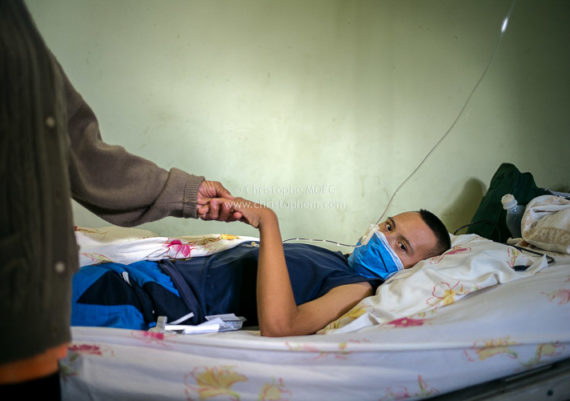 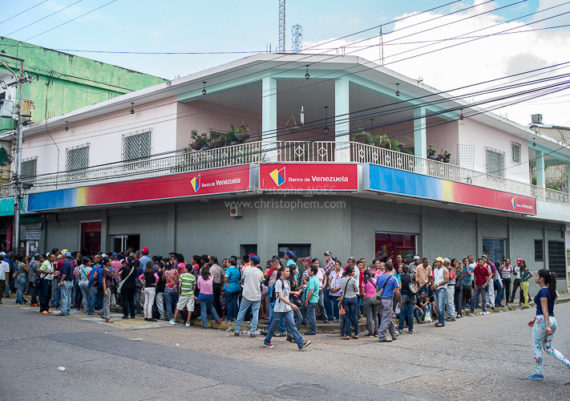 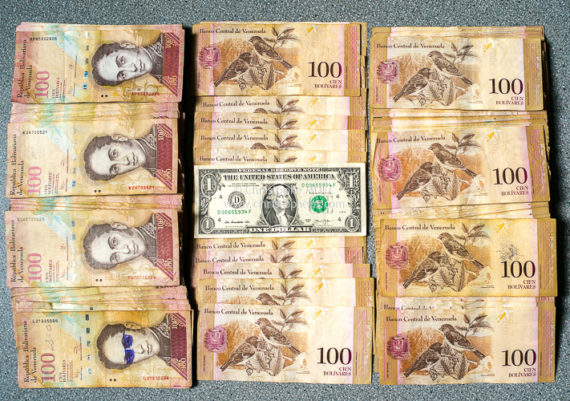 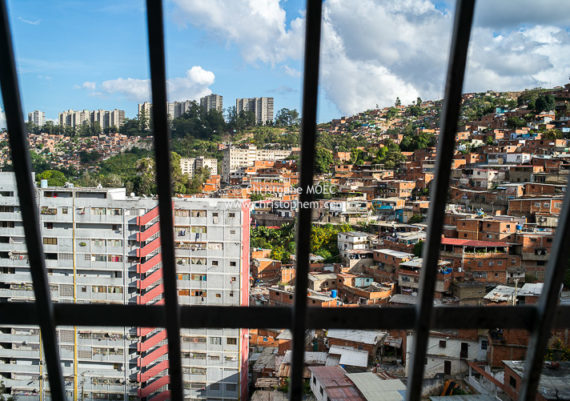 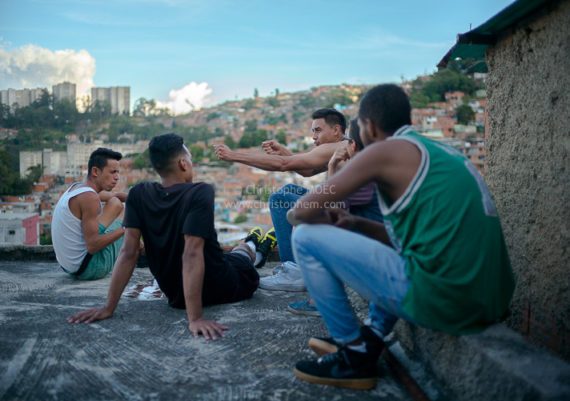 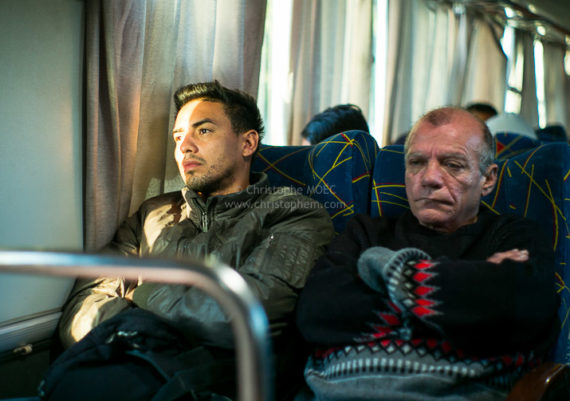 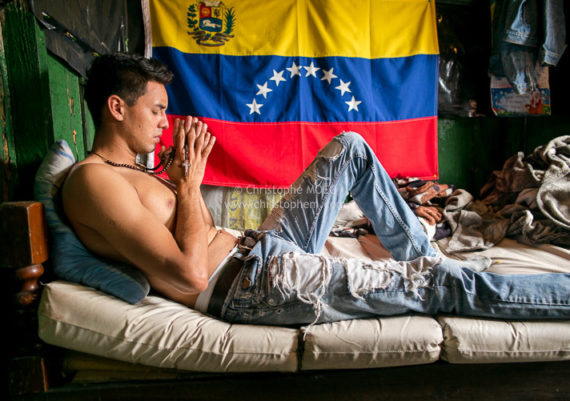 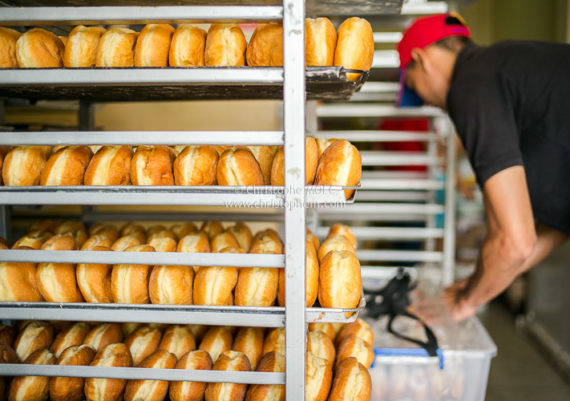 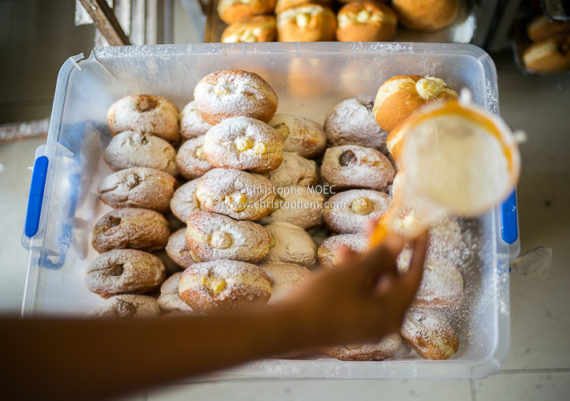 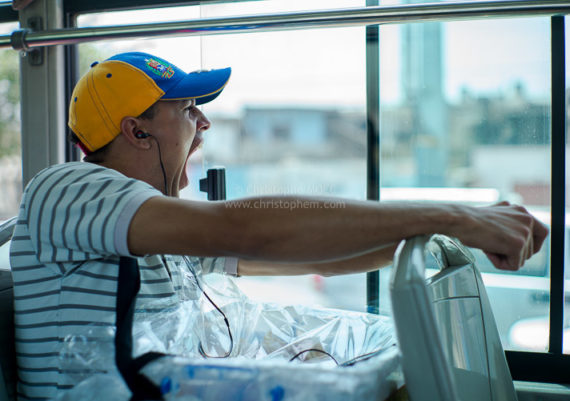 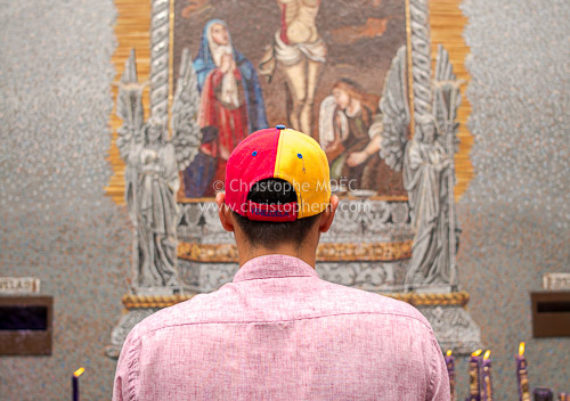 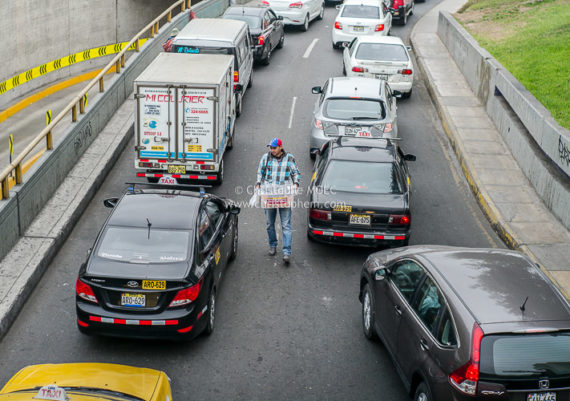 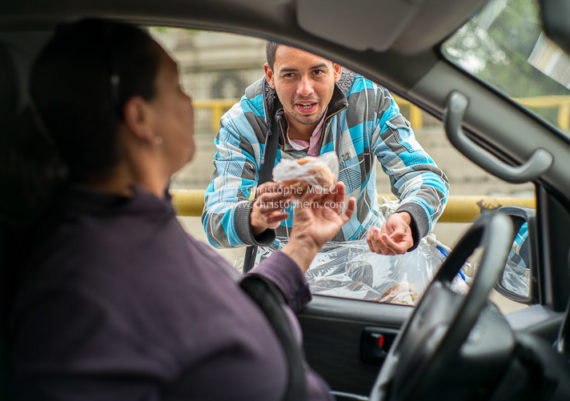 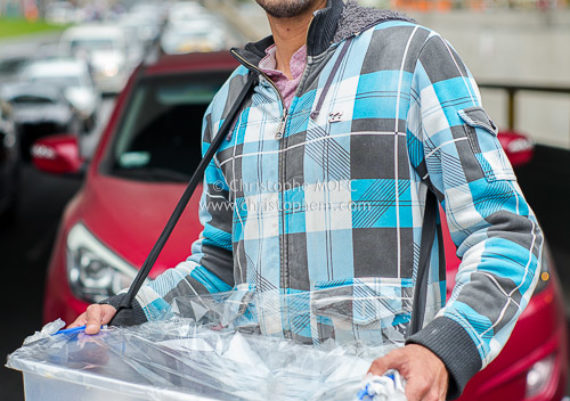 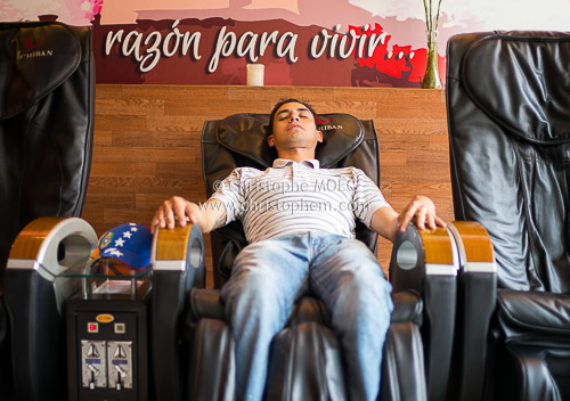 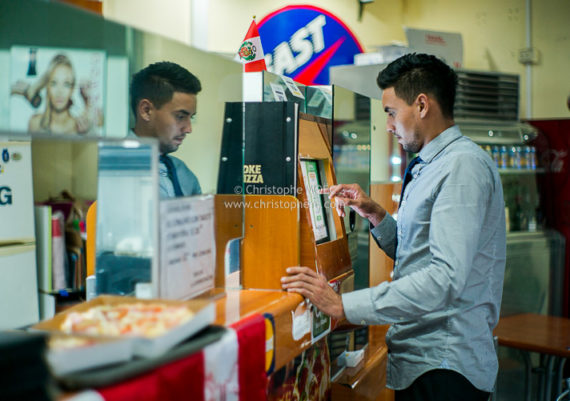 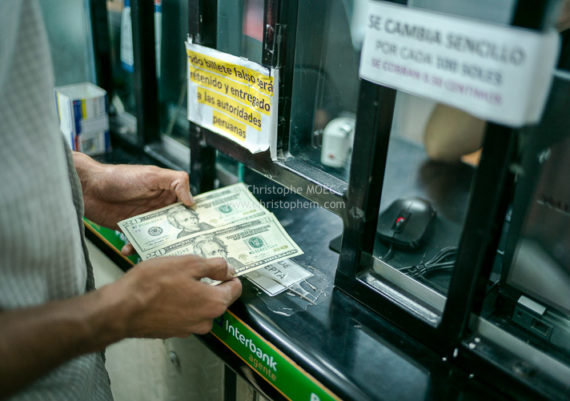 « My name is Alexander. I was born in Punta de Mata in the state of Monagas, Venezuela. Where I come from, men who are older than thirty are rare. Between 2013 and 2017, I lost five people close to me to violent deaths. My life is worth nothing, nor are those of my “fellow citizens”. There is no rule of law to properly speak. Corruption is common and violence ordinary. With the crisis, it’s becoming worse and worse... So much so that the cemetery has no more space. The principal walkway there has transformed into a new location to welcome graves.

But thanks to God, I am still alive!

Monagas State, situated in the northeast of Venezuela, is one of the most abundant sources of oil in the world. We learn that in school. All around Punta de Mata are several extraction wells from which gigantic flames of excess gas gush. These torches are part of the scenery we don’t even pay attention to them. It’s nonetheless an ecological disaster and an immense waste given our own population does not have gas in our houses…

This black gold does not profit everyone, however. The impoverishment of our people is such that only the rich can support their needs. In the span of one year (in 2017), I saw my compatriots grow thinner. We don’t have enough food. Medicine and many other everyday consumer products have become rare and expensive.

Maturin, the capital of Monagas, 55 kilometers from Punta de Mata, is often cited as one of the most murderous cities in the world. But I do not believe that we are fundamentally more violent than elsewhere. It’s just that the people here don’t have the resources to live with more than 50% unemployment rate, and thus in the absence of justice, the strongest survive.

These are the surroundings that taught me to be cautious from childhood. From this, I learned to sense bad things coming but also to seize opportunities when they arise. At the age of ten, I stole the register in the cafeteria! I have had bad influences in my life... But, luckily with time, I realized that easy money is never good for the future. I recognize that I don’t have a “normal” life, but I stick to my path despite the difficulties.

I like adrenaline. I would have liked to have been a motorcycle driver or done moto-cross competitions! But I don’t have a future in Venezuela. Everyone lives day by day here. The younger people emigrate in droves to other South American countries (Colombia, Ecuador, Peru, Chili, Brazil, etc.). I force myself to stay strong mentally, even if I am crying for my country. I dream of a better world. I often pray for peace in my country and in the world. At my mother’s home in Punta de Mata where I grew up, there is an old John Lennon disc. The song “Imagine” means a lot to me. Deep down, it’s as though I don’t have a nationality, because I feel like a citizen of the world. Venezuela has always been an open country, history shows that we once knew how to welcome all people. One day, it will be my turn to leave…

Growing up in a family with few means, I began working at the age of six. I was a bag boy at a supermarket in downtown Punta de Mata. My father taught me how to get by, in particular how to repair the television and do handy work. In Caracas, where I lived, I had several jobs: waiter at a restaurant and a bakery, bartender in a night club, manager of a cyber-café, hot dog street vendor, worker in an ice making warehouse… I even sold drugs once in order to finance my education… At the time, I was doing marijuana mostly as an outlet to rid myself of the resentment I had from losing my friends.

But thanks to God, I am still alive!

I am a natural optimist. I like the quote that says: “What is coming is better than what is gone".

I see slogans that say: “More power for the people”, but with a lowest wage in the world, the prospects are thin – even more so with the actual economic landscape.

One day, in December 2017, my 17-year-old neighbor from Punta de Mata just told me that his family can help him finance his travel plan to go work in Peru! That day, I decided to do everything to accompany him and take my chance. I sold what I had most valuable, my two handguns in particular. And I asked a friend who emigrated to Ecuador to lend me the rest of the money I need. Because it takes about 300 dollars minimum.

I have traveled during 5 days to Lima. I was a little afraid of being stolen on the trip inside Venezuela, in particular during operational searches. I was also afraid that the border in Cúcuta, Colombia, was closed, because it was the case a few days before my departure. Finally, I passed, like hundreds of others, some with young children.

When I arrived in Lima, I got sick for a week. To a degree such as I had to go to hospital where they gave me an injection! I was immediately surprised how they take care of me and surprised also by the efficiency of the hospital system. Just as I was struck by the abundance inside shops, or by the banks and transports that normally operated, as it was before the crisis in Venezuela.

I meet Venezuelans everywhere in Lima city! We greet one another, we are exchanging latest news of Venezuela, we are exchanging little tips to get by here. On my side, I chose to sell "bombas" in the street, they are donuts cream, a specialty of Venezuela. My 17-year-old neighbor, for its part, decided to sell a fresh fruit cocktail called "pisana" at home.

In Lima's Gamarra quarter, there is a huge market! That where I noticed the most Venezuelans (student, cooker, lawyer, teacher, physiotherapist, architect, artist, etc.), all come to work and fight to survive like me. The salary of a normal working day in Peru is equivalent to a full month's effort for a full-time worker in Venezuela!

At first, I slept in a squat located in the center of Lima on the top of a building. There was rundown wood shack with just a bed. During my day's work, this bed was used by a woman who received her customers... To wash myself, I used in secret a bathroom sink in the common parts of the building. As I did not have enough money, I went to the "bombas’s" factory on foot. It is located 15 kilometers away outside the town. I have weared out my two pairs of shoes very quickly. And on the way back, I had all the time back pain because of the weight of pastries.

I lived three months like this. Then, I was hired in a restaurant where I work after the sale of "bombas" from 16pm to 1am approximately. It enabled me to find normal housing. At the restaurant, I work as waiter and I also distribute flyers on the sidewalk. Thanks to this job, the immigration service granted me a one-year residence working card in Peru.

From now on, I take the bus to go to the "bombas’s" factory. I have my little habits: on the way back, I always make a stop at the church where I pray by lighting a candle. I pray to get out of it, I pray for my country, for my family and my friends who are there. I miss them all. Then, I sell my "bombas" near Lima Courthouse, next to a big shopping center and a busy park. Afterwards, when it's time to go home to get changed before going to the restaurant, I make a stop on my way to an automatic relaxing salon. I pay one sol for three minutes. This allows me to relax and relieve my achy back. And after that, when I come to the restaurant, I often drink a bottle of "Volt", an energy drink made with guarana and caffeine.

One day, if I manage to save enough, I would like to go to Chile, or Mexico, or even Spain! But, for now, I have to work and fight to survive by helping my loved ones by distance. I send them money and medicine as regularly as possible. »

*Testimony transcribed from Spanish, with a pseudo.