Venezuela indestructible, but for how much longer?

Industrial landscape photograph representing oil wells and gas flare burning excess gas from oilfield, in Jusepín, municipality of Maturín, Venezuela. This region located in northern Monagas State, is one of Venezuela’s most important oil areas, where the precious light and medium crude oil is extracted.

According to the latest certified figures by BP in 2015, with its oil reserves (especially, its rich in extra heavy crude oil of the Orinoco Petroleum Belt), Venezuela ranks first in the world ahead Saudi Arabia. Formerly a powerful engine of Venezuelan economic activity, these oil refineries are now the embodiment of a series of misfortunes that are inexorably struck on Venezuela. Indeed, since the collapse of black gold’s price in 2014, the Venezuelan nation implodes and agonizes.

It is unfortunate, though, that this country – which also has many assets (not only in terms of natural resources) – has not managed to get out of the oil monoculture. The Venezuelan intellectual, Arturo Uslar Pietri, urged already in 1936 the leaders of his country regarding the necessity of diversification and investment of the oil manna: “We are an oil country, one of the most important oil countries in the world but we do not want, we can and we should not resign ourselves to being nothing more than an oil country.”

Through his expression “sembrar petróleo“, the writer born in Caracas, warns indeed about the strategic importance to “sow” or “spread” the transitory earnings of oil, to convert it into other reproductive and permanent wealth, such as agriculture, education, health, infrastructures, public services, factories, etc. 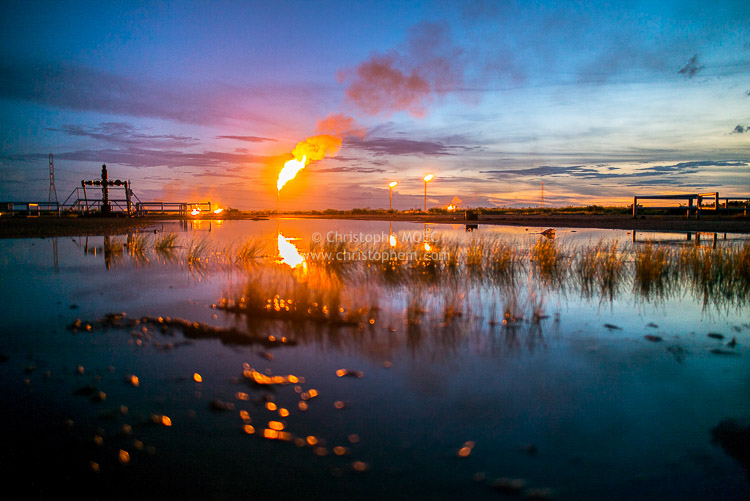 As a result of the economic crisis and hyperinflation, Venezuela has experienced an unprecedented exodus of petrochemical engineers, leaving refineries nearly inoperative, old and dangerous. According to Iván Freites, Secretary of the Petroleum Workers’ Union, a 25-year-old employee of PDVSA (the Venezuelan state-owned oil and natural gas company) now receives a monthly salary of $ 3-4 (USD).

Venezuela, formerly the world’s fifth largest oil exporter, is now seeing his oil production fell to a level comparable to that of 1950. And despite of increasing Brent oil prices in 2018, Venezuela no longer seems able to revive its production.

On April 13, 2018, Nicolás Maduro appointed General Manuel Quevedo, Minister of Petroleum Power and President of PDVSA, to redeploy oil industry, so weak. But the methods used by the government of the day, with the arrest of many leaders of the PDVSA suspected of corruption, as well as the opponents repressed or murdered in the street, and now the arrival of the military at the head of the sector, risk to ruin all chances of attracting potential partner companies and skilled labor…

On Friday, July 6, 2018, an incident occurred at Jusepin refinery plant belonging to PDVSA. On that day, following heavy rains and an inefficient safety device for lack of maintenance, oil has infiltrated the tributary of a residual well in the secondary recovery plant because the drainage system collapsed. Then, oil spilled into the Guarapiche River. It is estimated that approximately 1,000 barrels of oil have contaminated Maturín’s main source of drinking water. 70% of the population (about 420,000 people) remained without water for 6 weeks until the end of the cleaning work and the return to power of the wastewater treatment plant.

During all that time, State had brought water tankers to the inhabitants of Maturín. Unfortunately, not everyone could benefit given the magnitude of the needs. So there were protests in the streets. And that, more especially, since a previous oil spill had already occurred in 2012 in Jusepín, of even greater magnitude (100,000 barrels of crude, following a late reaction of the authorities), depriving the population of running water for several months…

This situation is all the more tragic that it seems irremediable, given the external debts weighing on Venezuela and the dictatorship exercised by Nicolás Maduro. More than two million Venezuelans have already left the country in ruins.

In November 2016, Nicolás Maduro launched a communication campaign around the slogan “Venezuela tiene un corazón Indestructible” (Venezuela has an indestructible heart), aimed at asserting the sovereignty of the country.

In May 2018, Nicolás Maduro was re-elected president of Venezuela, but the climate of political repression did not allow a legitimate and transparent electoral process. Still, it seems that Nicolás Maduro intends to continue the Bolivarian revolution and fight against the economy “criminal” and “pernicious”, in reference to the Venezuelan oil embargo by the United States and international financial blockades against Venezuela and its policy.

Despite the humanitarian crisis and health crisis, the Venezuelan people in distress are struggling and surviving as best they can. Refugees from Venezuela worry the most exposed countries (Ecuador, Peru, Colombia, Chile, Brazil…). The United Nations Organisation (UNO) has denounced human rights violations in Venezuela, but so far, Nicolás Maduro still seems unshakable. 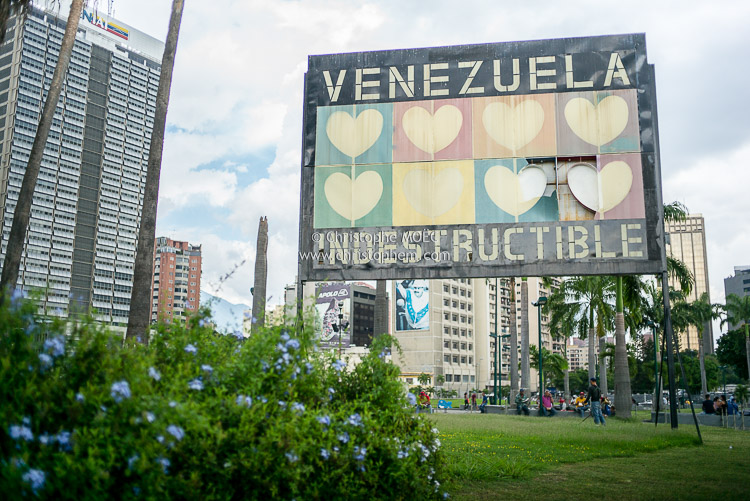