Venezuela: loneliness and weakness of patients facing the disease

Photo taken at the Center Maturín Hospital, Venezuela, in December 2017. I went to this public hospital in Monagas’s State capital city with Alexander on whom I was doing a photo report. Native from Punta de Mata, 50 kilometers from Maturín, Alexander wanted to visit his aunt before leaving to emigrate to Peru.

Alexander’s aunt hurt herself by opening a sardine can. She had a bandage around her arm that day. She was on the ground floor of the hospital, on a rolling bed in a common area. His case was not disturbing to compare with others surrounding. A few days later, Alexander’s aunt returned home. But she quickly returned because being diabetic, with no antibiotics, the infectious wound has dramatically intensified. Fifteen days after seeing his aunt, on arriving at Lima city, Alexander learned of his death.

Usual phenomenon, unfortunately, since economic crisis of Venezuela. In May 2017, Douglas León Natera, president of the Venezuelan Medical Federation (VMF), deplored the fact that over the 300 public hospitals in Venezuela, only 3% have medical supplies required to patients care! Some observers compare such a situation to that of a battlefield…

In addition to the lack of healthcare ressources and basic sanitary equipment, there is also a lack of public services such as water and electricity, whose consequences are devastating for vulnerable patients. According to a study conducted by the National Assembly, controlled by the opposition, 79% of hospitals are running water supply deficits.

(When I was in Caracas, city of almost 2 million people, I did not understand how there was such water supplies cut, sometimes going up to several days and forcing people to install their own water tank at home for storage. So I looked for explanation. But I found various line of assumptions:

In the photograph here, the two persons have no connection with Alexander. I took it on a floor of the hospital. So, I do not know their story. I guess it’s a daughter and her mother. On the right side, there was the husband and grandson, a priori. All that I know, is that shortly after my visit, in January 2018, cynical facts have been added to the drama of this general situation. Indeed, the director of Maturín hospital, as well as some accomplices, were arrested for theft and misappropriation of drugs for the purpose of trafficking and personal gain…

Facts far from trivial, because it concerns 185 900 medicines!

What to do, when corruption has become a paradigm? 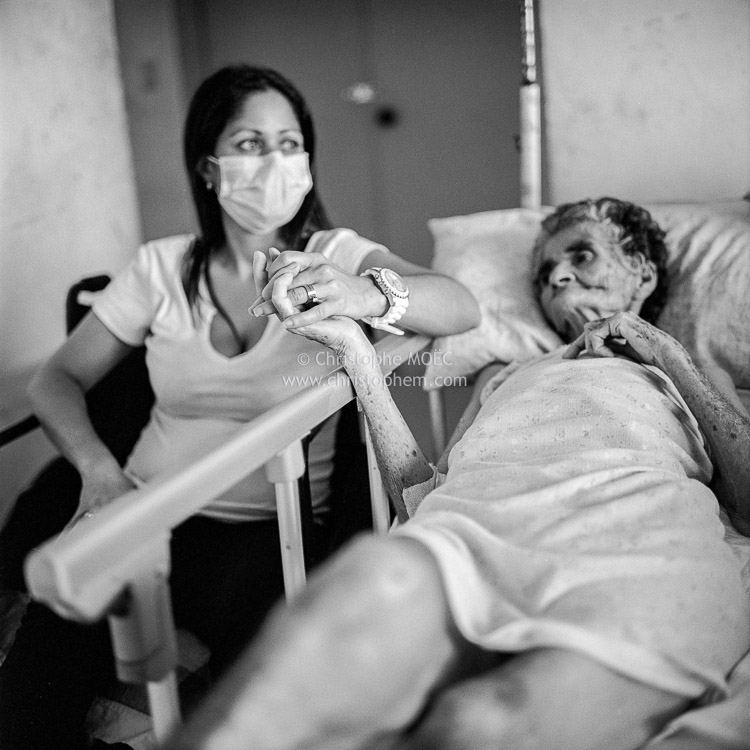